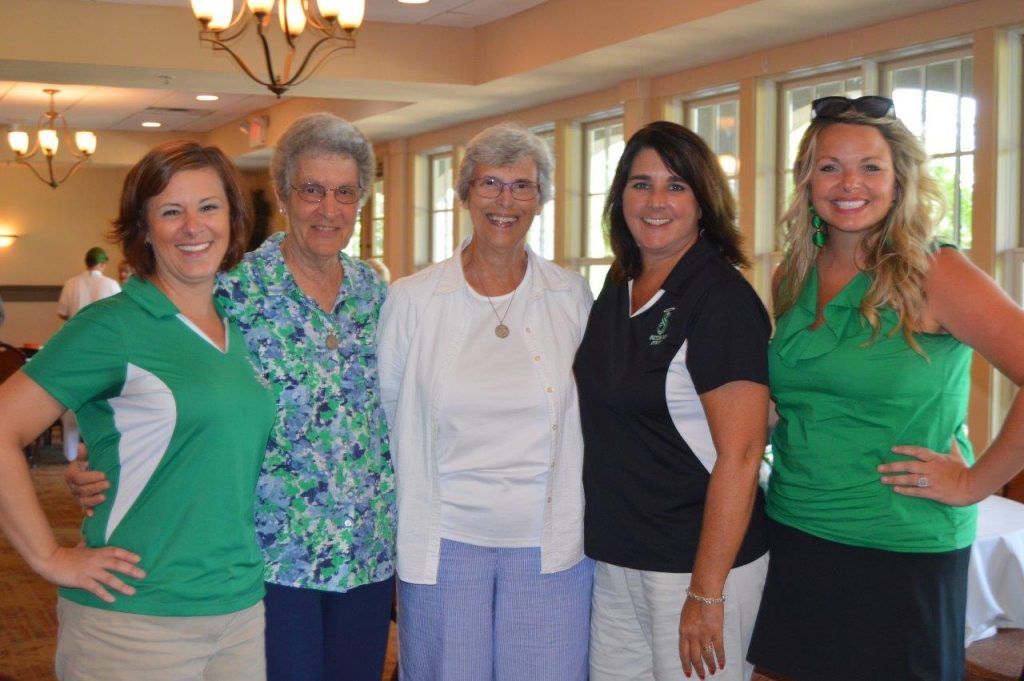 Seton High School President Kathy Ciarla (second from right) says she is incredibly grateful to the Sisters of Charity for their willingness to watch the upcoming generations thrive.

Kathy Ciarla, the president of Cincinnati’s Seton High School, is more than just a natural leader and prayerful Catholic; she’s more than just a graduate of Seton High School that has returned to make her alma mater proud; she is a shining example of how the Sisters of Charity are changing lives to this day through the lives that they’ve touched. Between Kathy’s volunteer work and her career, she has been using her faith and talents to empower the young women who will carry on the spirit of the Sisters of Charity.

Kathy met numerous Sisters of Charity throughout her academic career since the first grade when she was taught by S. Cookie Crowley, which helped shape her into a woman of strong faith. For example, it was the late S. Helen Attenweiler that helped prepare Kathy for her First Communion in the second grade; also, during preparation for her Confirmation, Kathy chose St. Elizabeth Ann Seton as her Confirmation name because she was inspired by her trials as a widow and her dedication to caring for others. 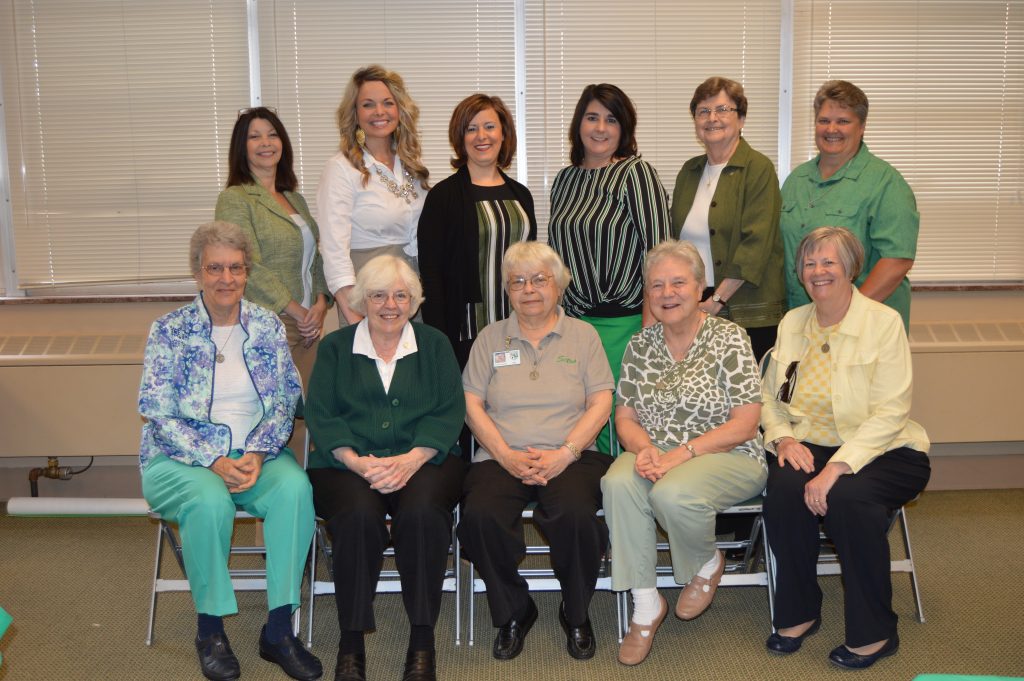 While there are no longer Sisters of Charity on staff at Seton High School, SCs continue to offer their support and mentorship to the school’s staff and students.

She would also be taught by many SCs in Seton High School, including Sisters Benedicta Mahoney, Mary Dolores and Marie Irene Schneider. These Sisters were just a few of the many role models and inspirations that Kathy had that nurtured her faith. In addition, Kathy worked with the Sisters in a co-op position at the College of Mount St. Joseph where she attended, which has since become Mount St. Joseph University. “Every year growing up, I had them as one of my teachers,” she says. “I like to joke that the Sisters of Charity raised me.”

When Kathy graduated from the Mount in 1992 with a major in Communications, Seton High School needed someone to run their Development Department for six months until a director was hired. Though she was hesitant to return to her alma mater, she found that she was a natural fit as an employee. She says, “After the first week I asked myself, ‘Why I would ever leave?’” Kathy was hired by her former principal, S. Brenda Busch, who continues to be a mentor and friend to her today.

After the six-month period had been fulfilled, Seton High School decided that Kathy was the ideal choice for the position. She was hired as the director of the Development Department because of her exceptional work and her connection with the school. Kathy attributed her professionalism to her “fantastic education,” stating that she was well-equipped for the workplace because of the Sisters. She stayed for eight years, leaving to become a stay-at-home mom after her second child was born. Kathy continued to volunteer at her high school for eight years before returning to work in the Development Department. She stayed for five more years, but was looking for new opportunities to grow in a professional setting. Eventually finding work at the Literacy Network of Greater Cincinnati for five years, Kathy was surprised to learn that the organization was founded by Sister of Charity Julia Mary Deiters. “I knew that was a sign,” Kathy says.

Working alongside the Sisters of Charity once more, Kathy was approached by the board of Seton High School to see if she was interested in the presidency. She accepted and has been there for four years, something that she describes as a “wonderful experience.”

Having many of the Sisters of Charity as religion teachers, Kathy realized from an early age that her beliefs were well-aligned with the charism of the Sisters. Recognizing how faith plays an important role in every part of daily life, Kathy has seen how hers has benefitted her on a daily basis. Her loving relationship with God is ever-evolving, but she also prays to St. Elizabeth Ann Seton to live by her example. “I credit who I am today to the role models I had,” she says. “The staff that taught me at Seton, my parents and the Sisters of Charity have all been my role models.” 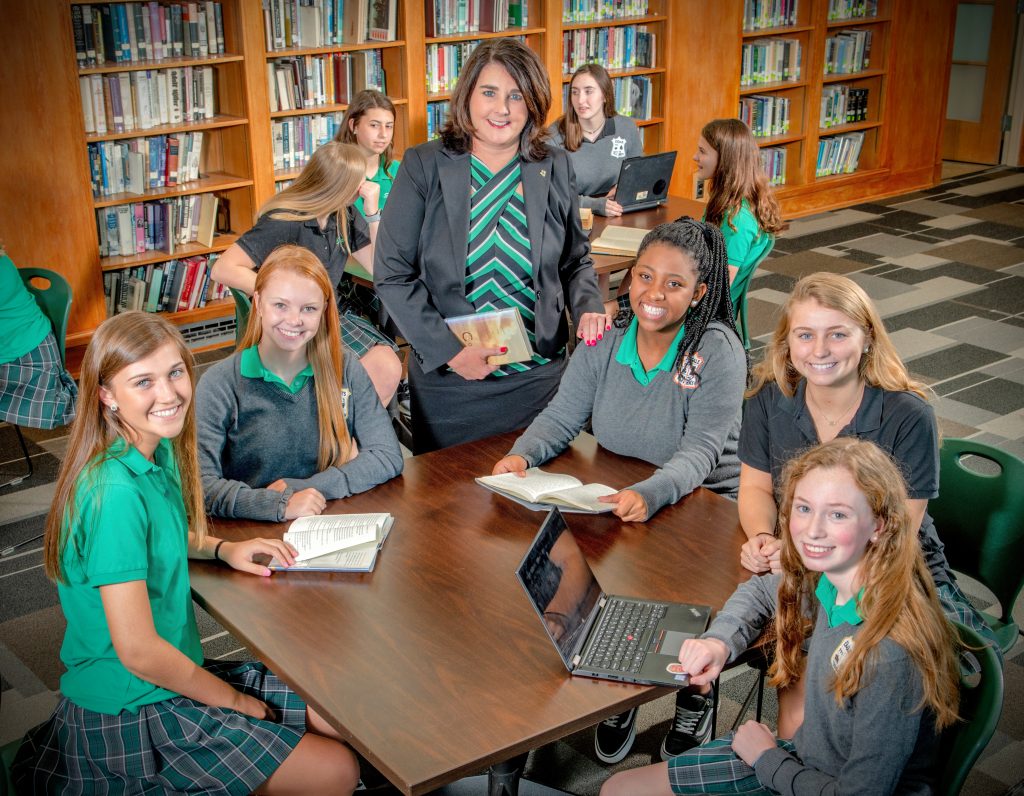 Seton High School President Kathy Ciarla (standing) encourages students to give back to their community through service.

True to the mission of the Sisters of Charity, Kathy has encouraged all of those around her to take part in serving the needy. Because of her degree in Communications, Kathy has used her skillset in fundraising and public relations to further the mission of the Sisters of Charity. This includes the many outreach services that Seton High School provides, such as their Earth Day projects, food baskets and week-long mission trips. Kathy notes that the students of Seton often exceed their graduation requirement of service hours because they find that giving back to the community is as rewarding for them as it was for Kathy.

Kathy’s family life has also been a witness to the many ministries of the Sisters of Charity. Her husband, Pat, was also educated by the Sisters of Charity at St. William and their daughter is currently enrolled in Seton High School, receiving the highest quality education that the staff can offer. She extends her faith life to her two sons as well, as their faith acts as a bedrock for their family. “I have three kids to pass on traditions to,” Kathy says.

As the president of Seton High School, Kathy is able to impart their mission to the young women who will inherit the earth. However, Kathy is constantly learning from the Sisters of Charity. Several members of the board of Seton, such as S. Annette Marie Paveglio, have guided and mentored Kathy through the majority of her years at the school, but she finds that there is always something new and important to be done. Kathy has been incredibly grateful to the Sisters for their willingness to watch the upcoming generations thrive. Eager to help young women by nurturing them to the same mindset that the Sisters helped her find, Kathy will continue to influence the lives of these young women. “I continue to be amazed by the Sisters,” she says. “They have empowered me to be the best version of myself and I’m just trying to do what’s right.”

Kathy remains faithful to the charism of the Sisters of Charity and is still as excited about it as the day she accepted the position as president of Seton High School. To this day, Kathy maintains close relationships with the Sisters that she has encountered in her life. Living out their mission, Kathy has become an empowering example to future generations of women while also making her Sisters of Charity teachers and mentors proud.