At the beginning of the 2015-2016 school year, Seton adopted a new student government model known as the House System.  Seton’s house system organizes students in four different houses. Each house is divided into mentor groups which has students from all grade levels and a mentor teacher.  Students and teachers remain with the same house and mentor group during their time at Seton. The house system fosters strong personal relationships with peers and adults, and it creates a sense of belonging for all students. It allows students to get to know each other in smaller groups, which then enhances the sisterhood that develops during four years.

In addition to the mentor group teachers, each house has a House Dean who is a faculty member.  The Dean, along with the mentor group teachers, help the student leadership facilitate activities for the entire student body as well as individual houses. Using a point system by which houses can earn points for member participation in activities, all students are encouraged to be engaged in school life both in and out of the classroom.  The house system provides outstanding leadership opportunities for all students.

Each of Seton’s four houses—Cedar, Emmits, O’Connell and Segale—were named because of a specific historical connection to Seton.  Each house has a unique crest designed by students during the 2015-2016 school year that will never change.  Each crest has the same form and six panels.  In addition to the house name, two of the panels are the same on each of the four crests.  The three crosses on each represent the Archdiocese of Cincinnati and the established date is 2015 on each.  Each house then chose three different symbols to represent their house. 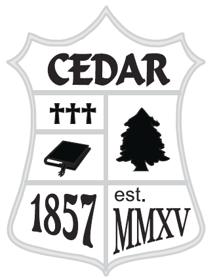 In 1857, the Sisters of Charity opened Cedar Grove Academy on the same ground that Seton currently occupies.  As the needs of the Archdiocese of Cincinnati began to grow, Cedar Grove was chosen to become a girls’ high school.  Cedar Grove ceased to be and Seton High School was born and officially opened registration in September, 1927.  The Cedar House represents Seton’s roots in education.

The tree on Cedar’s crest represents the heritage of Cedar Grove; the book reminds us of our commitment to life-long learning and the 1857 date reflects the beginning of Cedar Grove Academy.

Emmits chose to represent the state of Maryland and a school/church building on their crest.  1809 represents the date the Sisters of Charity ministry was founded. 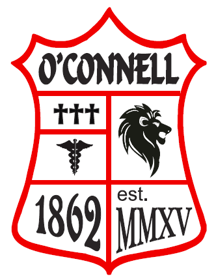 Anthony O’Connell earned the nickname “Angel of the Battlefield” during the Civil War. She tended to any injured soldier, regardless of their association. After the war ended, she helped establish Good Samaritan Hospital and dedicated the hospital to helping those in financial need. O’Connell House represents Seton’s commitment to service and leadership as witnessed by S. Anthony.

O’Connell chose a lion’s head to represent the bravery of S. Anthony and the caduceus, which is a nurse’s symbol.  1862 is the year of the Battle of Shiloh--the year in which S. Anthony earned her nickname. 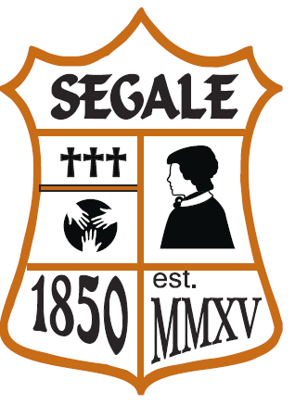 The Segale House is named after Sister Blandina Segale, a graduate of Cedar Grove Academy and a Sister of Charity. S. Blandina worked tirelessly out West during the late 1800s in order to establish several ministries including schools and hospitals. She also helped to establish community-serving social networks for Native Americans indigenous to the land and Immigrants to the West. During this time, she notably befriended the famous outlaw, “Billy the Kid.”

After returning to Cincinnati in the early 20th Century, S. Blandina established Santa Maria Community Services in the Price Hill area. On August 25th, 2015 it was announced that the investigation process would begin to consider S. Blandina for Sainthood. Segale House chose a silhouette of S. Blandina to be a central focus of the house’s crest, reminding us of her dedication to the Sisters of Charity and Price Hill.